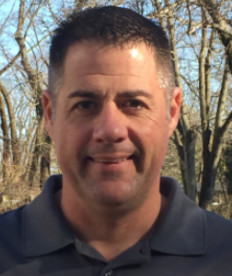 JOHNNY ROONEY
Johnny Rooney graduated from Montgomery High School and completed a post-graduate year at The Hun School.  He received recognition in both baseball and basketball at the Conference, County and State levels while representing both schools.  In 2018, Coach Rooney was inducted into The Hun School Hall of Fame. In 1993 Johnny accepted an athletic scholarship to play baseball at C.W. Post College where he played as both a catcher and a designated hitter. He graduated with a degree in Elementary Education returning to Montgomery Township in 1997 as a certified Physical Education teacher at Orchard Hill.

He began his Coaching Career as an Assistant Softball Coach in Montgomery that same year and continued there until he was hired as an Assistant to the Princeton University softball staff in 2001.  That year the Tigers finished 2nd in the Ivy League. Coach Rooney returned to coaching in Montgomery in 2004 as Girls Varsity Softball Coach. He coached the Montgomery High School Varsity Softball Team to a career 176-67 (.725) record from 2004-2011. While at MHS Coach Rooney led the team to a Group III State Championship, two Somerset County Championships, and three Skyland Conference titles. In 2010 the Cougars also set an all time Montgomery Athletic Department record for most wins (25) in a season for any varsity sports program.

Rooney is currently an assistant Coach and trainer with the Jersey Outlaws 18U team.

Johnny Rooney’s Sports Camp Academy is celebrating its 19th successful year of providing structured environments where young athletes have fun and enhance their athletic abilities while learning the importance of sportsmanship, teamwork, responsibility and respect.

MIKE FALCO
Coach Falco is a certified Health and Physical Education Teacher at the Montgomery Lower Middle School.  In 2011, he founded Garden State Basketball Academy, which focuses on skill development in players in 4th - 9th grades. He is currently in his seventh season as the Varsity Boy's Basketball Coach at Hunterdon Central.

Coach Falco began his coaching career at Mercer County Community College as an Assistant Coach. He was on a staff that helped lead the Vikings to two Garden State Athletic Conference Championships and back-to-back 20 win campaigns.  He has also been a member of the coaching staff at Marshall University and The College of New Jersey. Coach Falco was responsible for numerous aspects of the basketball program at TCNJ including recruiting, scouting, and player development. He has helped recruit players locally, nationally and internationally.

Coach Falco holds a degree in Health and Exercise Science from The College of New Jersey as well as a Masters Degree in Adult Technical Education from Marshall University. 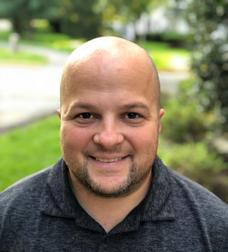